I am a freelance translator and interpreter providing service in English to Czech and German to Czech language pairs in highly specialist areas such as medicine (medical devices, instructions for use, laboratory reports, etc.), microbiology, forensic medicine, as well as technical translations in the area of IT, mechanical engineering, to name a few.

My sport career can be divided into two periods. In the first one, I specialized in triathlon, where I started with half ironman distances back in 2008 switching to full ironman (4k swim, 180k bike, 42 km run) distance. After numerous races, I concluded this period in 2012, when I completed probably the hardest ironman triathlon on the planet, the Norseman Xtreme Triathlon in Norway.

Having looked for new challenges, I decided to switch to ultramarathon. I took part in major international events. To mention some, I took part in Spartathlon (iconic 246 km ultramarathon from Athens to Sparta in Greece) in 2013, 2014, 2015, with the best result in 2017, having completed the course in 31 hours and 29 minutes. Another major event is Ultrabalaton, a well‐known 221 km race around the Lake Balaton in Hungary, where I participated in 2015, 2016 (14th overall) and 2017 (18th overall), again with the best result this year, when I finished the course in 26 hours and 29 minutes.

I am a holder of the unofficial Czech record in 24‐hour treadmill run. In 2015, I ran 241 km and won the race in Omega Club in Olomouc, Czech Republic.

In addition to ultramarathons, I have also participated in numerous ultratrail events. I participated in Kirishima Ebino Kogen Extreme Trail in Japan in 2015, 2016, 2017, finishing in top ten (9th) among 400 runners this year. In the Czech Republic, I regularly take part in major events, such as Beskydska sedmicka, extreme 2‐member team event in Beskydy mountains (6k ascent) finishing 9th overall in 2017, Rock Point Horska vyzva 24h, a 24‐hour race with 10k ascent (6th overall in 2016). 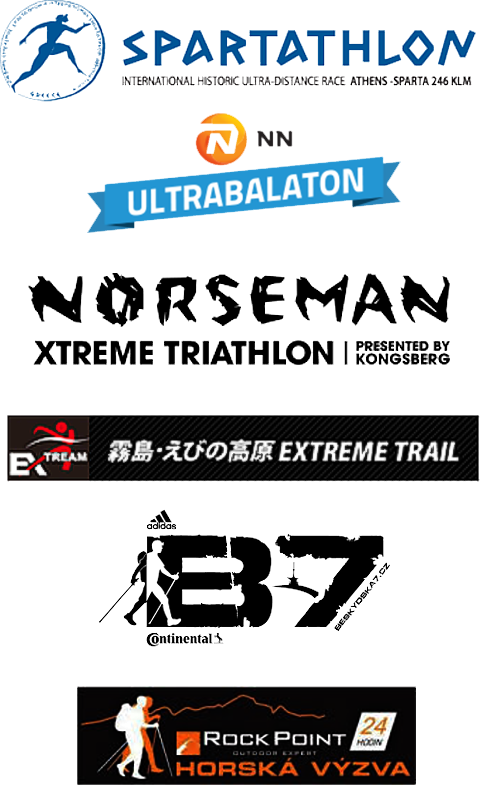